In February 2020, before the COVID-19 pandemic, a record 70% of US businesses reported a talent shortage, according to a Manpower survey. That was more than double the 32% of businesses that reported difficulty finding talent just five years earlier in 2015. Then, the pandemic struck and hit the accelerator on many long-term trends.

We saw a steep decline in our Labor Force Participation Rate (LFPR). The LFPR is the percentage of a given population employed or actively seeking employment and available to work. It fell from around 63.4% pre-pandemic to 62.1% currently. Almost overnight, our future labor crisis became a present reality. If we apply our pre-pandemic labor force participation rate to our current overall population, we estimate that we would actually need roughly 3.2 million workers to regain our previous trend line. The fact that the LFPR has stayed flat for almost two years has meant that many workers who dropped out during the pandemic are not returning. 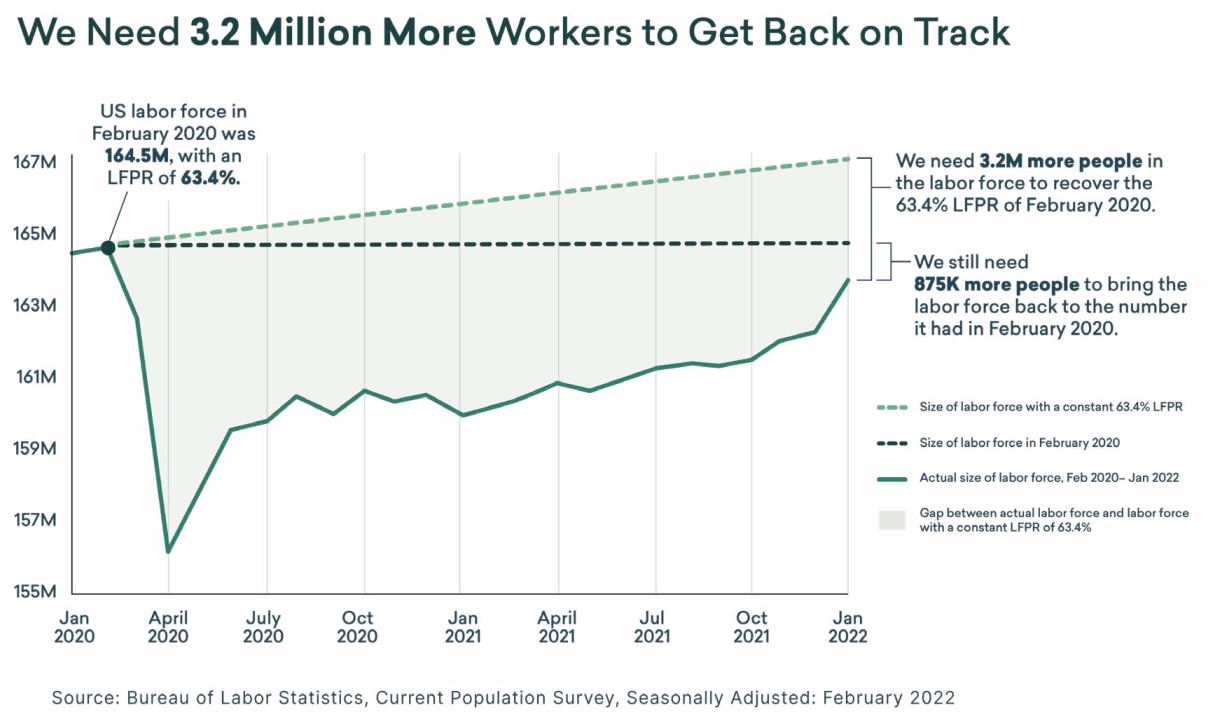 The fact that the LFPR has stayed essentially flat for almost two years, has meant that many workers that dropped out during the pandemic are not returning. In other words, we have enough people in our population, but not enough who are either willing or able to enter the labor force. This has led to a record number of job openings, topping 11 million.

Referred to as the baby boomer generation, they are an enormous cohort of 76 million Americans. To better understand the legacy of the baby boomers as their generational nickname suggests, boomers are the generation born between 1946 and 1964. They are the product of the enormous surge in births after World War II. After falling steadily through the Great Depression, the US birthrate swung upwards and peaked at nearly 27 births per 1,000 people in 1949. They powerfully shaped every institution they touched, but they are leaving the labor market they built. To recover our LFPR, we need to actively re-engage that 55+ population, especially those who exited the labor force early. In normal years, 2 million baby boomers retire. But in 2020, over 3 million retired. COVID and related policies drove an additional 1.1 million people from the labor market, according to Pew Research Center.  By 2030, all baby boomers will be 65+. The boomer cohort, which once participated in the labor force in record numbers, will largely be retired, out of the labor force, and out of the working-age population. This results in an aging population, with more people leaving the labor force than entering it.

Children of the baby boomers—Gen Xers (born between 1965-1980)  and millennials (born between 1981-1996)—would normally replace their parents in the labor force but this is not the case. The children and grandchildren of baby boomers are not replacing the boomers who leave the workforce. The national birth rate, already in decline, hit a 35-year low in 2019, and the relative size of the working-age population has been shrinking since 2008. In fact, the national population is projected to begin shrinking by 2062. This means that over the next generation, talent shortages will only compound. There is no denying that a notable number of prime-age workers are out of the labor force.

The population of adults 55+ is growing steadily. In contrast, the current population aged 16-24 Gen Z (born between 1997 - 2012) and the next generation is rapidly declining. Considering these trends and factoring in current labor force participation rates, the US should see slightly more people aged 55+ leaving the labor force than they see people aged 16-24 entering the labor force. That gap is predicted to continue growing every year as people graduate from one age group to the next.

The childcare dilemma is two-pronged. First, childcare facilities struggle to staff their centers with qualified employees fully. This staffing problem directly affects the number of children they can serve. In addition, child care expenses can undercut the economic benefits of returning to work, especially for lower-wage workers.

Women in the workforce

The Pursuit of Meaningful Work

While the coronavirus has changed how many workers do their job, it also changed how workers viewed their job. Workers began taking the time to reevaluate what they wanted to do with their lives and what work actually meant to them. For millions of workers and businesses, the Great Resignation is a period that could define the future of American labor. This is how we got to this point what we know about where the workers are going.

How can we fill the Labor Force Gap?

More than anything, financial need is a primary motivation for people to work. So it should come as no surprise that when people can meet their basic needs without a job, many will choose to step away from the labor force. During the pandemic, some families could only opt-out of work by making lifestyle changes and cutting living expenses. But many especially those nearing retirement found that they could get by on their savings without having to return to work. The only way to fill the millions of jobs that remain unfilled is to grow the size of our labor force. Project SANDI is focused on targeting not only the unemployed, underemployed but the unengaged on the sidelines. 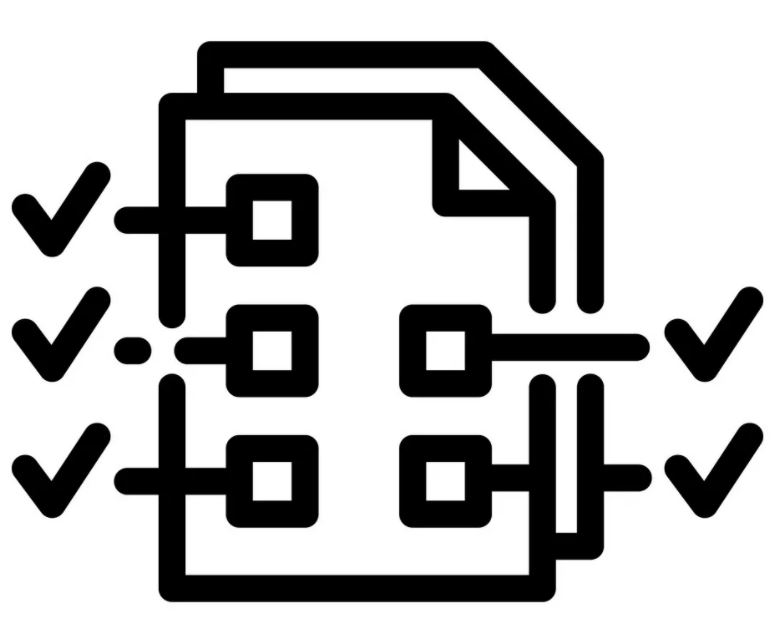 Project SANDI conducted market research with the help of The Abbi Agency from Jan. 30 through Feb. 6, 2022; depth interviews (IDIs) were conducted virtually with several Nevada residents who expressed interest in career training. Using the information from these interviews, we’ve uncovered the insights that matter most to reach our Nevada workforce audience.

What we learned:
• Who they are. Knowing that our audience is Nevadans seeking to further their careers is one thing; it is quite another to know how this audience thinks and feels.
• Who they trust. Trust is essential in building brands that resonate with audiences and cut through the noise.
• Where they are. From physical location to how they spend their time and lives, understanding the right ‘when and where to share the message is vital for success.
• What matters to them. Understanding the major and minor pain points helps guide our thinking toward exactly what matters most in the audience's minds. 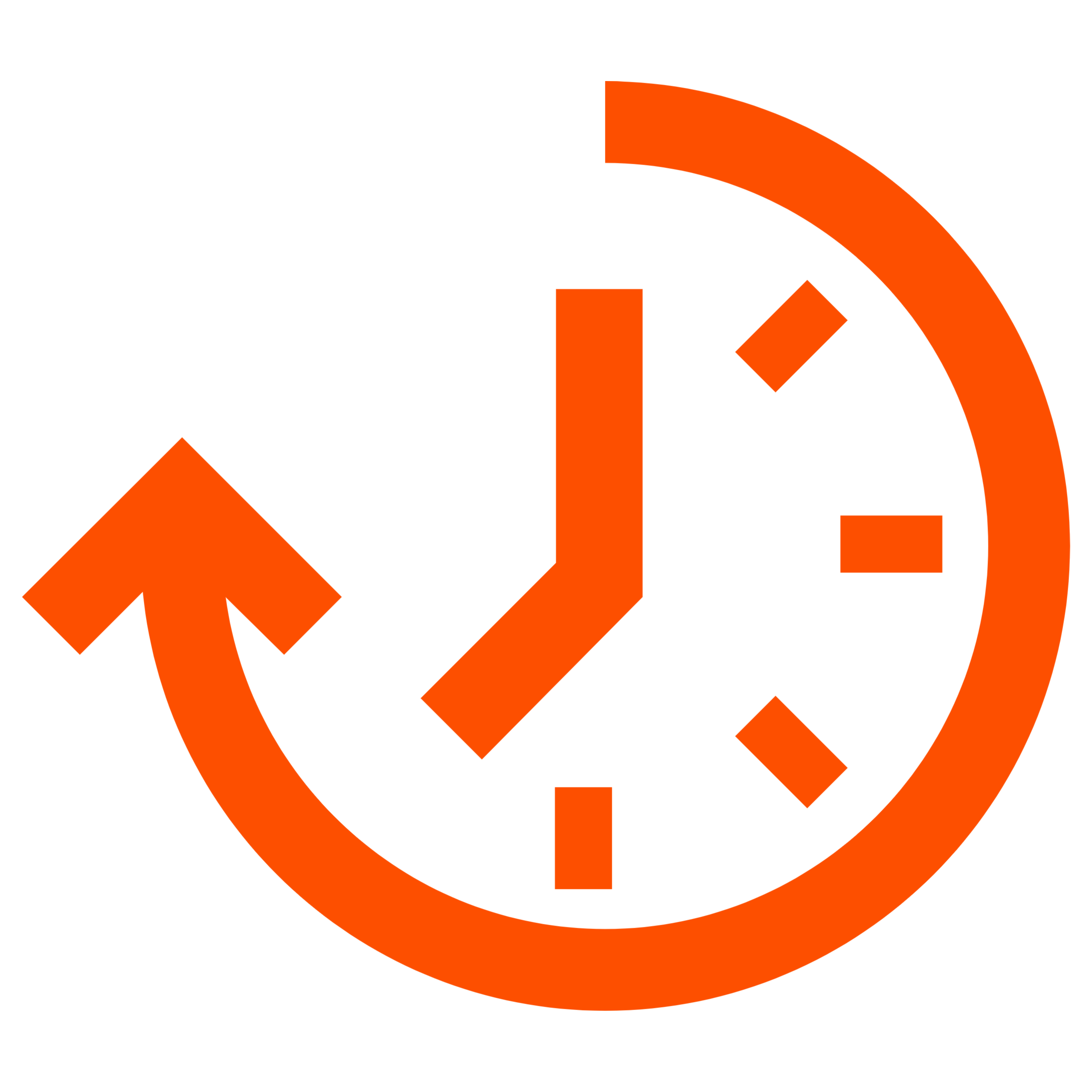 Time was the most frequently-cited challenge mentioned by the audience when considering going back to school. The audience mentioned family and work commitments and a support network often juggling the same in their own lives. Notably, this problem was deemed significantly more of a challenge among those with families than those living alone. 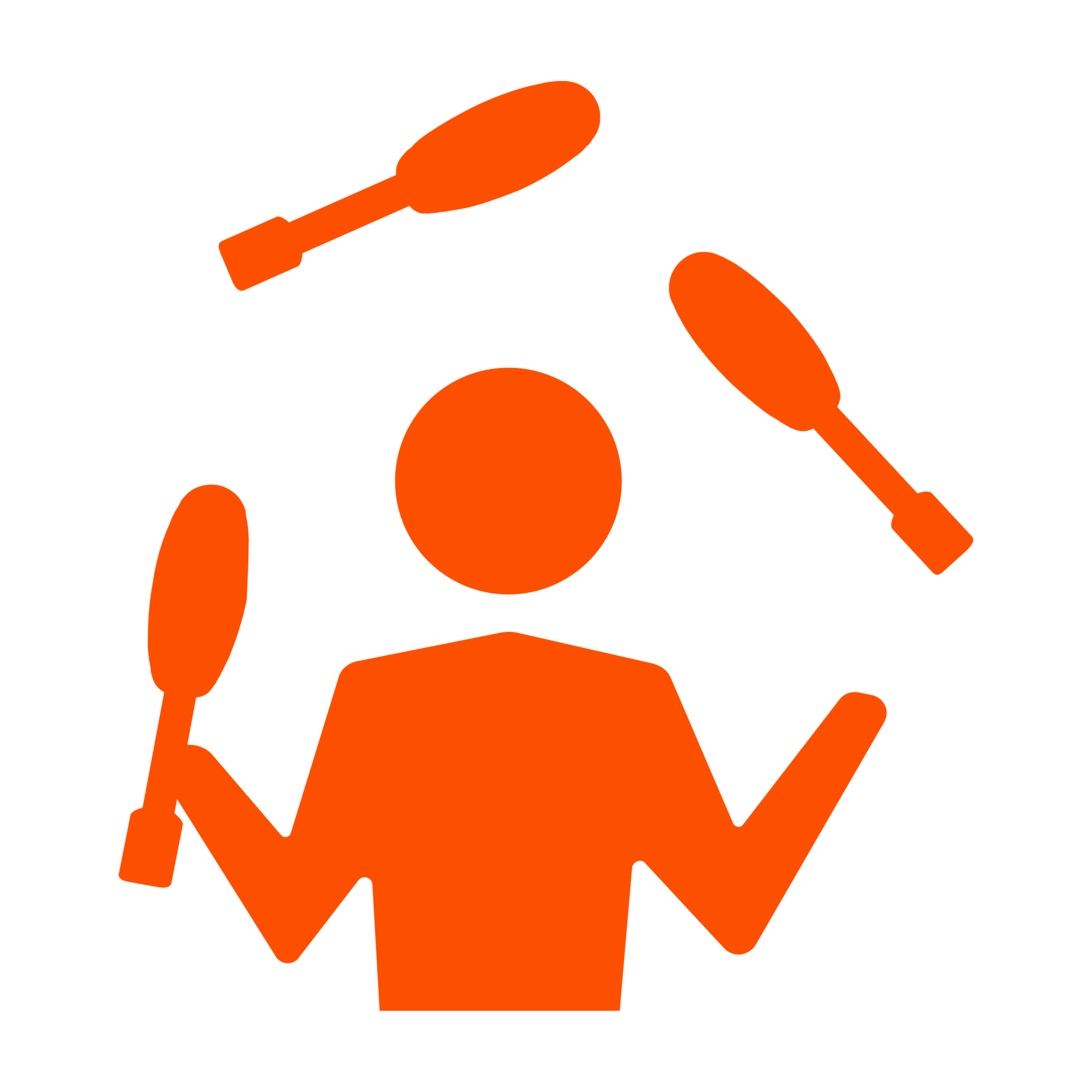 Juggling
Moreso than time, many audience members specifically mentioned “juggling” in their lives. Juggling work, children and family, responsibilities, stress, hopefully, a social life, sometimes designated times for doing such things, and feeling they lacked balance. Adding a school or career training to that juggling act felt daunting to most who considered it. 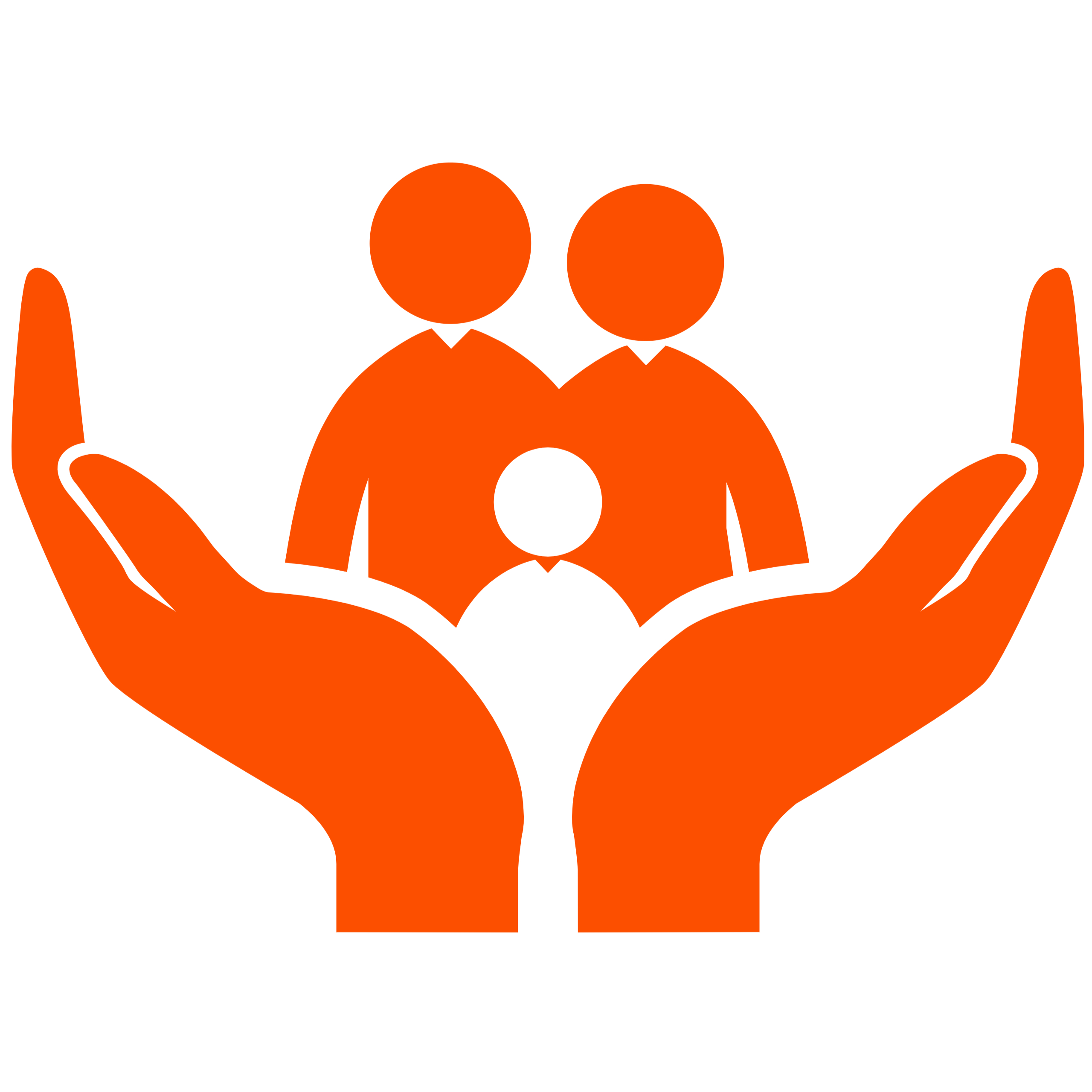 Taking time for training or education was immediately associated with a need for support from everyone involved; they thought about taking care of children and other family members, maintaining their responsibilities in their homes, and even maintaining an income. Some said they had support systems from spouses and parents, and several audience members expressed interest in training programs that offered on-site daycare. Most of the audience felt they did not have a complete network of support (or had a network already overworked) and said this challenge would hinder them from obtaining training. 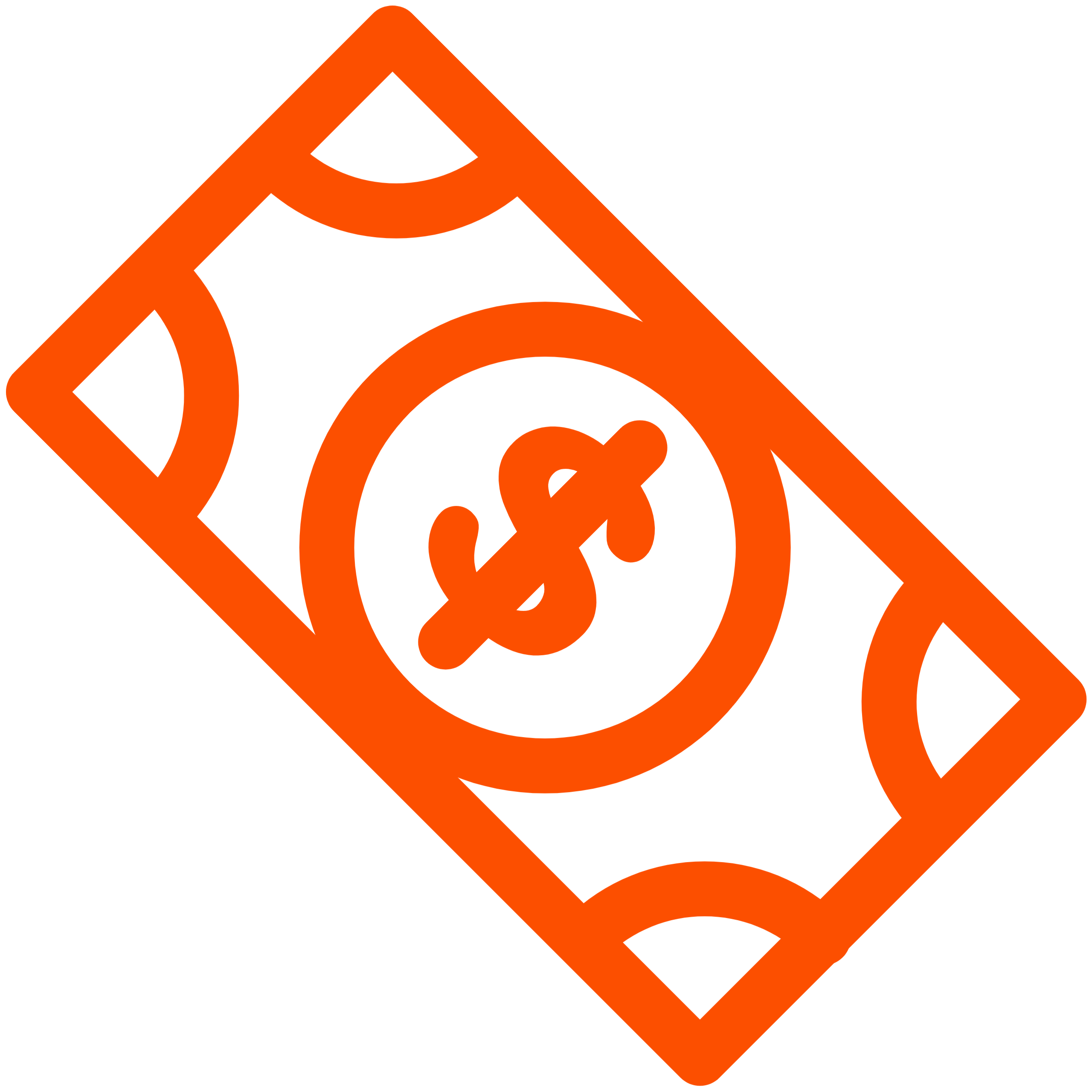 Of course, the cost of career training and education is a major offset for the audience when considering going back to school. Even when working, the additional fees associated with obtaining a certificate were considered a major additional expense. However, most of the audience admitted they did not know how much a certificate program or career training actually costs. 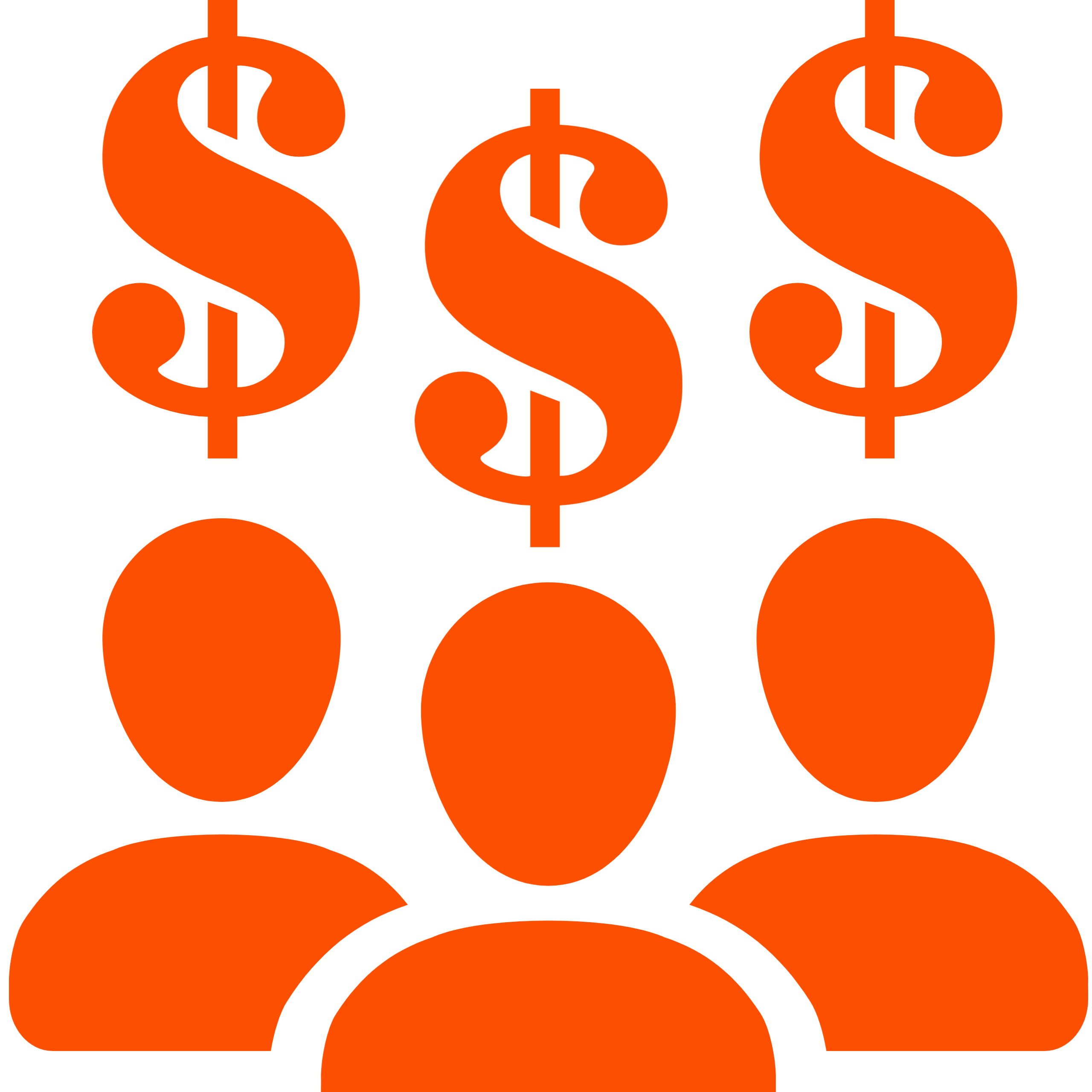 Cost for Multiple People
The cost of education or training itself is a challenge. Many members of the respondent base who had family members who were dependent on them also associated the challenge of the cost of multiple educations at once. Several individuals were extremely focused on their children going to school and were hyper-focused on the cost of that education. Paying for an education for themselves has been deemed a challenge in excess. 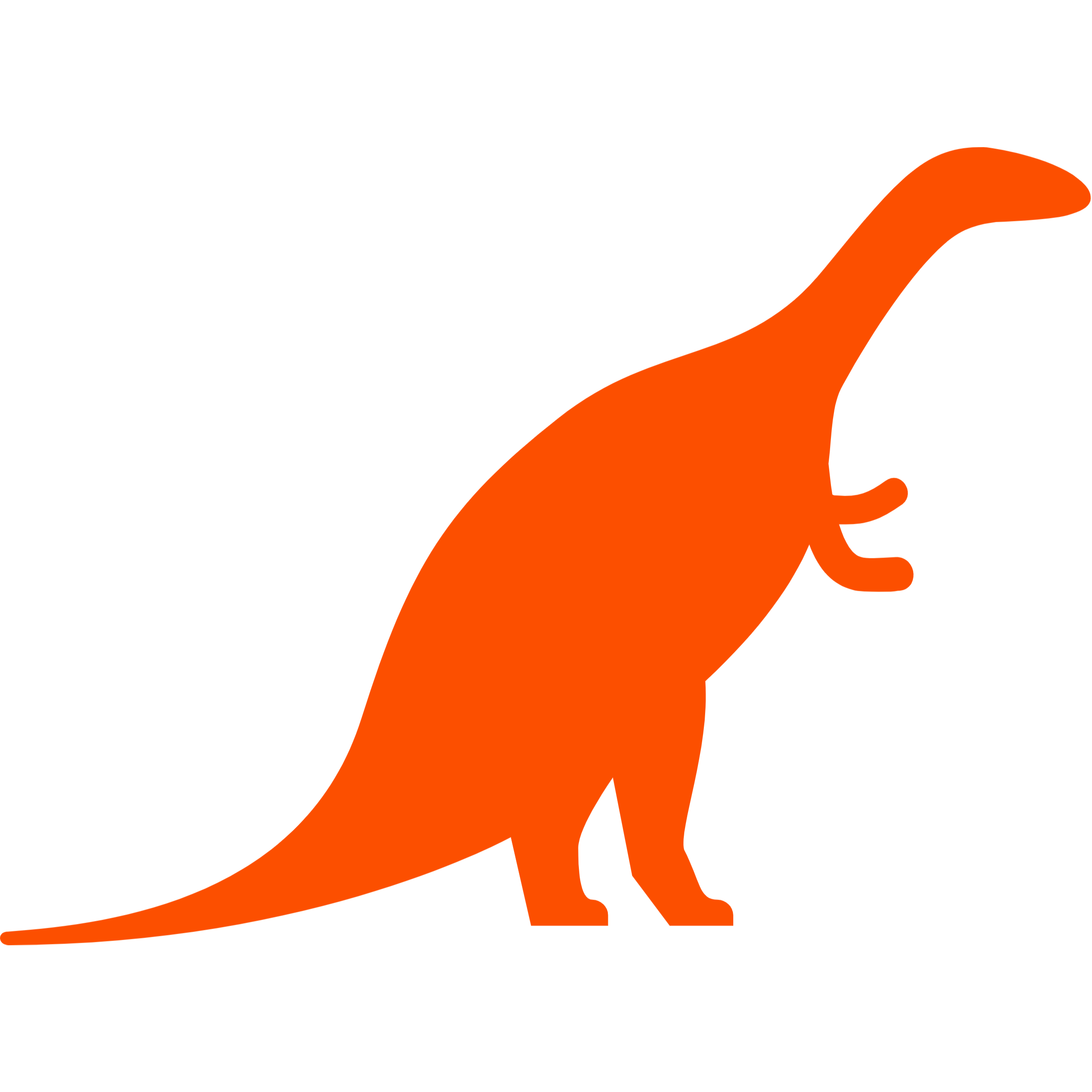 Among about half of the audience – especially those above aged 45, those with adult or near-adult children, and those who had worked in the same position for several years – age, and in fact the word ‘dinosaur,’ was used several times as a reason to not go back to school. They felt they were passed a certain point at which it was appropriate for them to learn something new or get a new career. Some even cited challenges of changing employment requirements as being beyond their learning capability. 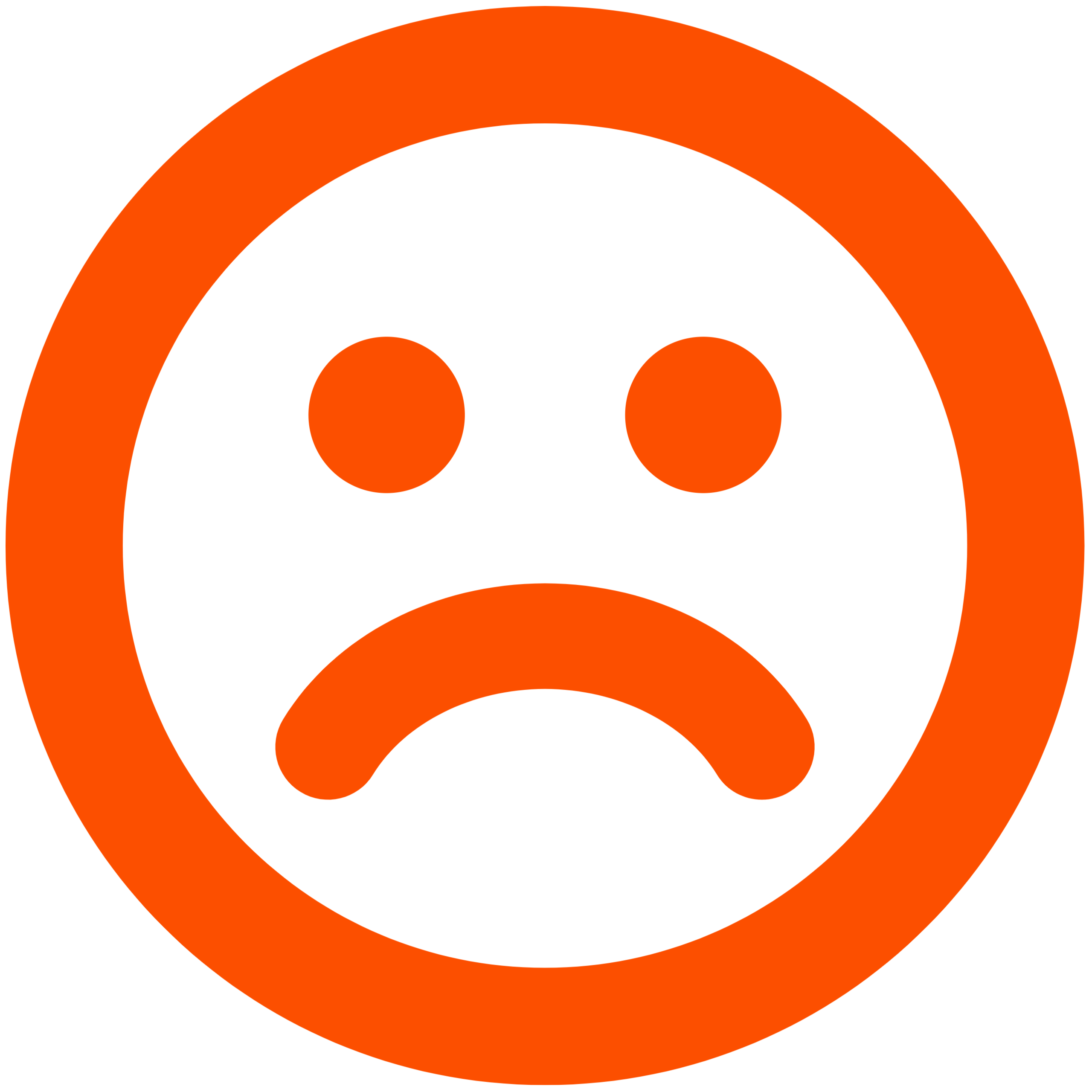 Waste and Apathy
A lower-priority challenge, apathy toward retraining, was also considered a challenge by the audience when thinking about going back to school. They also felt their peer groups might feel apathy, which they thought would make them less likely to go to school or receive training. These individuals are surrounded by like-minded friends. They are concerned about what those peer groups think and feel. 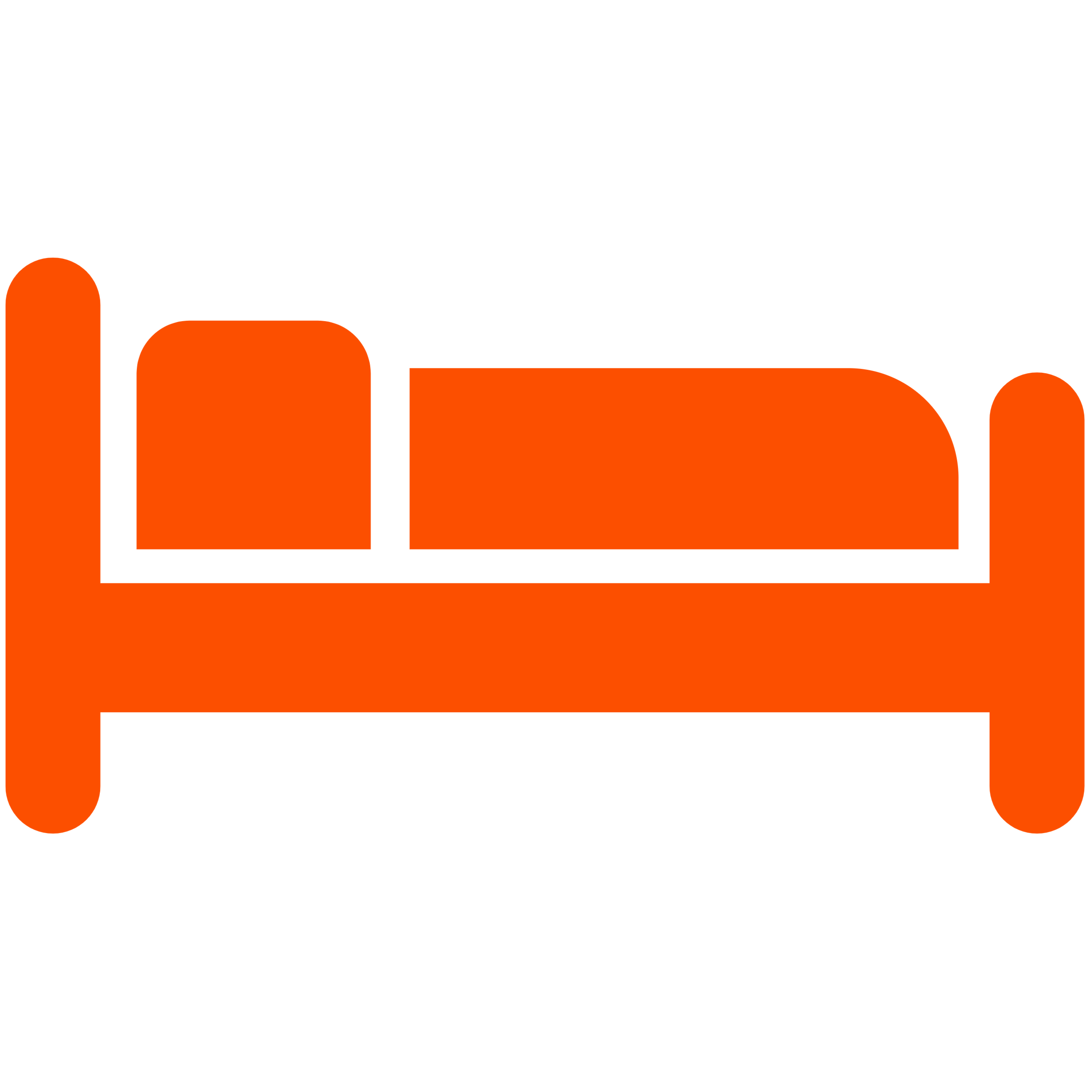 Comfort
For many audience members, comfort was mentioned as a detractor from wanting to change careers and vicariously toward taking career training. For many respondents who were in long-term positions, the idea of already having a comfortable job meant they were less likely to look for a better career and work toward that better career. Even when they knew long-term, they would most likely benefit from the switch.

Your feedback is valuable, let us know how we can improve this page. Click here